Wellbutrin is a drug used to treat major depression and seasonal affective disorder.

It is a form of bupropion, and can have a powerful effect on the brain without the same side effects as other drugs like amphetamines.

A lot of people are interested in the effects of Wellbutrin as a nootropic rather than an antidepressant, which can be a completely new way of taking this popular prescription drug.

So, Does Wellbutrin Have Nootropic Effects?

Most people that take this presciption drug do so to treat depression.  People who generally don’t react so well with amphetamines usually have a better experience when taking it.

Now, when it comes to the nootropic effects of Wellbutrin, the benefits are mainly related to concentration.  This is why it can be an interesting nootropic for people with ADHD or those that want to improve their performance during exam week.

So, in this article, you’re going to learn everything you need about Wellbutrin as a nootropic and it’s effects.

Plus, the difference between Wellbutrin, Zyban, and Bupropion.

Wellbutrin as a Nootropic: Mood And Cognitive Functioning Effects

The main benefits that Wellbutrin can provide you as a nootropic, are related to mood enhancement and cognitive effects.  This happens because Wellbutrin inhibits the reuptake of dopamine, norepinephrine, and serotonin.

This results in more dopamine, serotonin, and norepinephrine releases within the brain.

This is what causes the noticeable improvements in both improved mood and better brain cognition.

Mood Regulation
More Intense Focus
Increased Alertness
Boost in Motivation
These are the major benefits of taking Wellbutrin as a nootropic.  This is great for people who have trouble concentrating, which is one of the main symptoms of depression.

When your neuroreceptors don’t work the way they’re supposed to, it becomes harder for your brain to concentrate and/or hold your attention for long periods of time.

So, if you’re looking for the nootropic effects of Wellbutrin, you will benefit a lot if you’re experiencing problems related to concentration and focus.

If you’re looking for something that can help with insomnia or anxiety, for example, you are better off with another type of nootropic.

Below, let’s focus now on the difference between Zyban, Wellbutrin, and Bupropion.

It’s important to understand that they don’t have the same effect on the brain.

THE SHOCKING TRUTH ABOUT ANTI-DEPRESSANTS... STOP GETTING RIPPED OFF!

A lot of people get confused with the fact that Zyban and Wellbutrin are different versions of bupropion.

This makes people think that they’re the same thing. They’re not.

The key to understanding this, is to look for the different reasons they’re prescribed by doctors.

Zyban is used for smoking cessation.  The formula used in this drug helps inhibit brain chemicals that are associated with nicotine cravings.  This antidepressant alleviates symptoms related to nicotine withdrawal.  As you can see, the use of Zyban is completely different from it’s counterpart. It’s used for something different and doesn’t’ have the same effects on the brain.

Now, as you already know, Wellbutrin is used to fight major depression.

The neuroreceptors that it affects are related to mood and stress.  It alleviates the symptoms caused by stress and depression by inhibiting the reuptake of those neurotransmitters, which in turn, makes their levels increase.

So, although both are forms of bupropion,  they’re not used to treat the same issues.  Due to the differences in the formula, they have different effects on the brain.

If you plan to try using one of these like Wellbutrin as a nootropic, you should give preference to Wellbutrin, as it will improve your focus, alertness, and motivation.

Can You Take Modafinil with Wellbutrin?

This can be a little hard to answer.  There are no reported interactions between modafinil and Wellbutrin.

This means that it’s theoretically safe to take them together.  Now, the fact that there are no known interactions between them doesn’t mean that you should take them without talking to your doctor.

It’s always advised to consult with a physician before mixing any two drugs together.

The safest way to take these medications together is to start with low dosages and see how your body reacts.  There’s always the possibility of unknown side effects.

That’s why your best strategy is to consult a doctor and start slowly.  This will allow you to see how your body reacts.

So, to make sure you understand, you can take modafinil with Wellbutrin since there are no known interactions between the drugs.  Still, it’s always a good idea to get a professional opinion to make sure that you’re not risking possible side effects , especially for those with pre-existing medical conditions.

Are Bupropion and Wellbutrin the Same Thing?

This was already somewhat answered, but yes, they are the same thing.  But, Wellbutrin is a form of bupropion.  It’s used mainly to treat depression and seasonal affective disorder.

It’s now being used as a nootropic due to its psychostimulant effects.

Again, you can gain a lot when it comes to neurocognition and enhancement of focus and concentration when you’re taking Wellbutrin.  This will vary from person to person, but Wellbutrin is the perfect nootropic for those that already have some form of depression.

It can produce great results at not only fighting the depression through the inhibition of serotonin and dopamine, but also by increasing your focus and alertness.

So, while they are technically the same thing, Wellbutrin is a form of bupropion (the same way that Zyban is as well).

The difference is in what they’re used for.

If you already have depression, taking Wellbutrin also as a nootropic can be a great strategy to elevate and enhance your mental performance.

One of the things that explains why your brain becomes more focused, is because Wellbutrin inhibits norepinephrine.

This makes your norepinephrine levels increase alongside your dopamine levels.

If you don’t know, norepinephrine mobilizes your brain for action.  When your norepinephrine levels are high, you become more motivated and focused to get things done.

What this could mean for those that take Wellbutrin is a higher level of concentration and motivation to perform difficult tasks.   You’ll experience lower levels of procrastination, and your brain will respond faster.

One of the main things that hinder your productivity is your resistance to begin doing what you must do.  When your norepinephrine levels are high, this doesn’t happen.

So, one of the ways that using Wellbutrin as a nootropic works, is by inhibiting your norepinephrine levels and also increasing your dopamine.  This will improve your mood as well as your concentration and motivation.

These are benefits that you can experience within hours to days of taking Wellbutrin, which makes it an interesting nootropic substance.

There are many possible side effects of taking Wellbutrin.  Some are mild in nature, while others can be more serious.

The important thing is that you consult a physician to make sure that you can safely take it under your specific circumstances.

Now, if you do decide to take Wellbutrin, the main side effects are headache, nausea, vomit, insomnia, and dry mouth.

There are other side effects and they’re likely to show up when you take the wrong dosage.

Agitation
Constipation
Stomach pain
Dizziness
Muscles pain
These are the other possible side effects that are not as common as the previous ones.

What you should keep in mind is that you should pay attention to all of these side effects, and make sure that you’re always taking the right dosage of the medication.

If you do this, you should not have problems with Wellbutrin.

So, make sure to follow the prescription that you have and do not experiment with dosages.

Usually, side effects are either the result of the wrong dosage or people that have some type of pre-existing condition.

Wellbutrin as a Nootropic Dosing: Be Careful With Dosage!

Since Wellbutrin is also an antidepressant and not just a nootropic, it’s ideal that you take the dosage that your doctor gives you VS. a random recommendation from people on reddit or other places on the internet.

Still, the dosage that people take on average is 200 mg per day divided into 2 doses of 100 mg throughout the day.  This is done for 3 days, and then, the dosage changes.

Following whatever recommendation your doctor prescribed is important to avoid even worse possible side effects such as seizures.

This type of side effect usually happens when you take high dosages of the medication.  More does not always equal better!

So, watch out for the dosage that you’re taking.  Always be careful with it, to be sure that you avoid any serious side effects and / or damage to your body.

Wellbutrin does have nootropic effects.

It’s great with mood regulation and cognitive enhancement when it comes to concentration, focus, and motivation.  It’s also a great solution for people that have depression, ADHD, or trouble concentrating due to a depletion of norepinephrine.

Just be careful with the dosage to avoid any possible side effects.

Have you taken Wellbutrin for depression, or as a nootropic?  How dd it make you feel?

Hey! My name is David Gracey.  I am the brain child of SuperMindhacker.com and a Cognitive Brain Function Researcher, Avid Biohacker, Lucid Dreamer, Morning Ritual Master, and Self-Proclaimed Nootropic Junkie of Sorts!
In other words, I am completely obsessed with anything and everything related to cognitive brain enhancement!
Whether it's nootropics supplements, challenging brain puzzles, or even meditation techniques, chances are, I've tried it!  This website is my outlet to give back and share what I've learned in the past 15+ years in this field of study.
You Can Read my Other Posts Here:
David Gracey's Articles

← Was Albert Einstein Left Or Right Brained? The Shocking Answer! Which Nootropics Cause Hair Loss? → 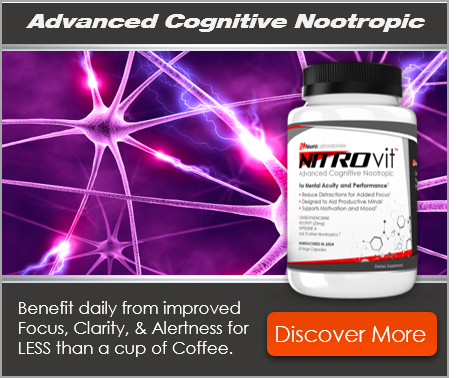 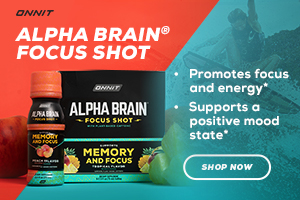